The Year of the Moves...

We’re Having A Very Moving Experience!
First of all … we want to thank everyone for supporting and standing with us in the work being done here in Kenya. We hear there are some wonderful things happening back in the States as well and for that we give our Father much praise. May He bless your every effort to satisfy His heart and advance His government through the laying down of your desires. 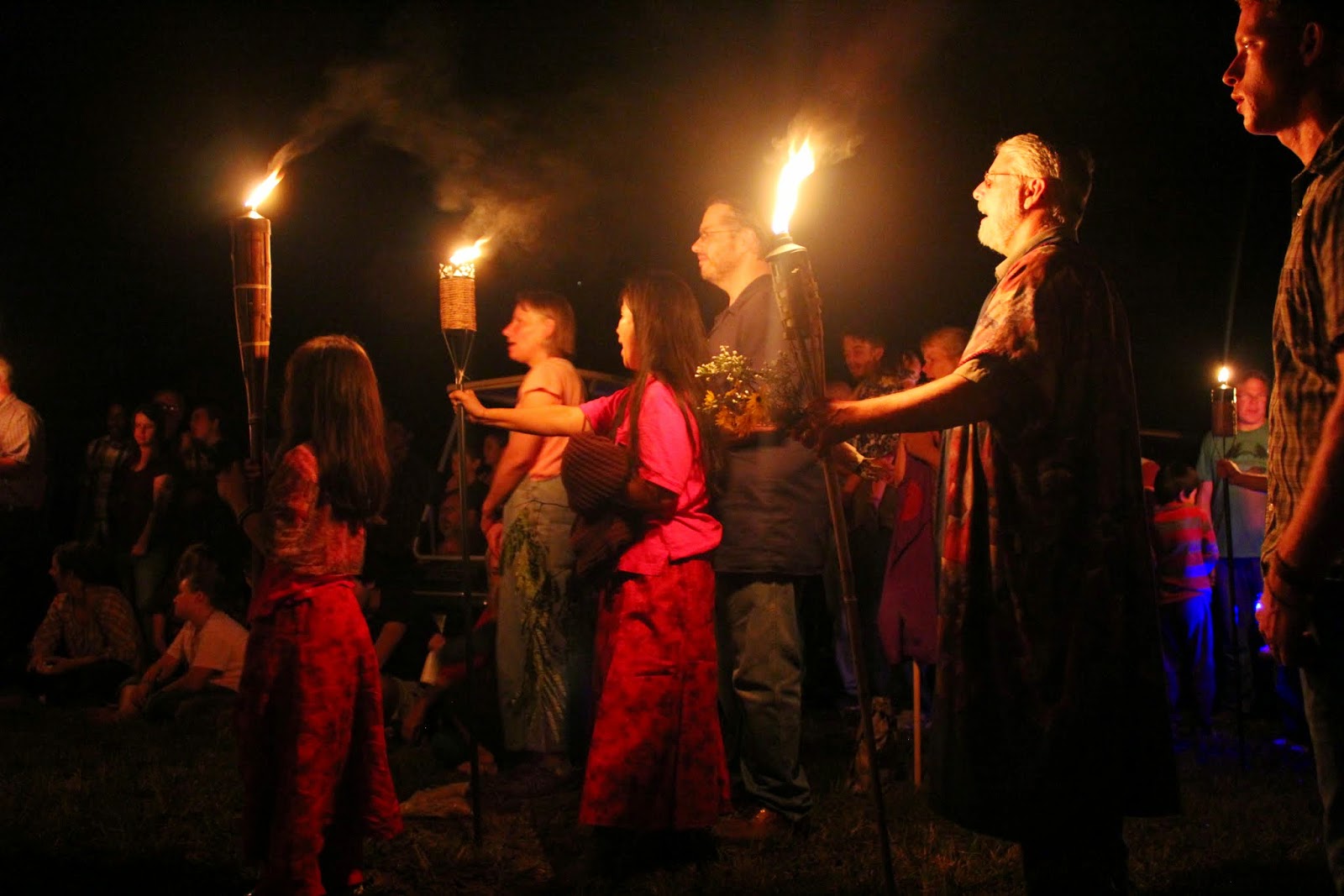 As far as how are we doing … we're doing great! But, if we had to put a title on the first half of this year, it would be called ‘The Year of the Moves’!
Two months ago we moved from a big house in Milimani to a much smaller one in Barnabas in an effort to downsize our expenses and become more culturally connected to the people we work with. Even though we expected to be in Barnabas a little longer and it has been good to be there on many levels, we now feel the time is over.

The distance from Barnabas to those we work with has proven a great hindrance in what we want to accomplish. The cost of gas has risen sharply in the last few months making commuting back and forth from Barnabas to Ponda Mali unfeasible.

When we began to ask the Lord what to do, He quickly opened up a marvelous opportunity just a few blocks from everything we’re doing. And what’s more … it’s only about 300 feet from James and his family. More on that a little further along this post. 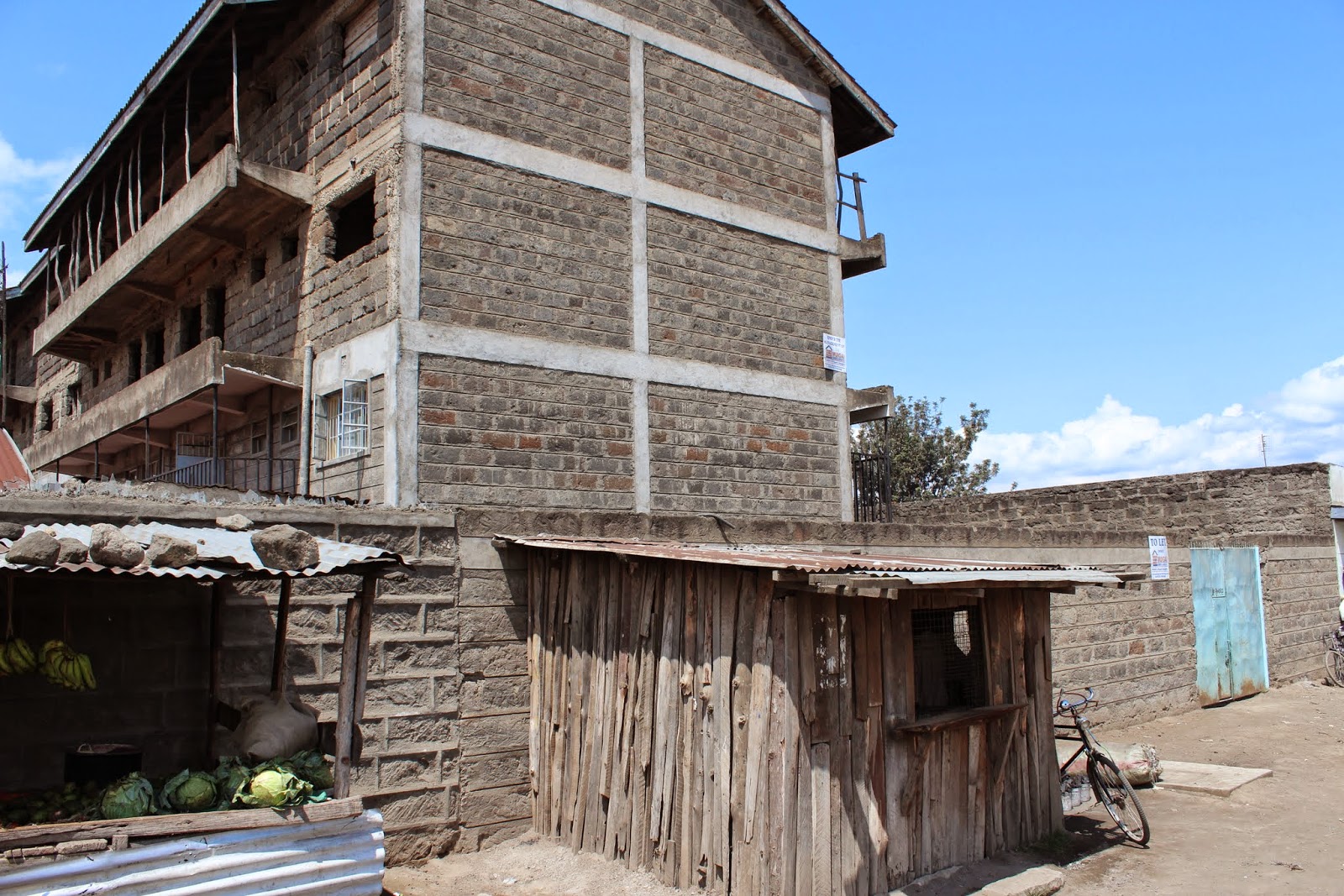 A few weeks ago our StoneHouse Sewing Center was moved and is now located right across the street from the new school site. 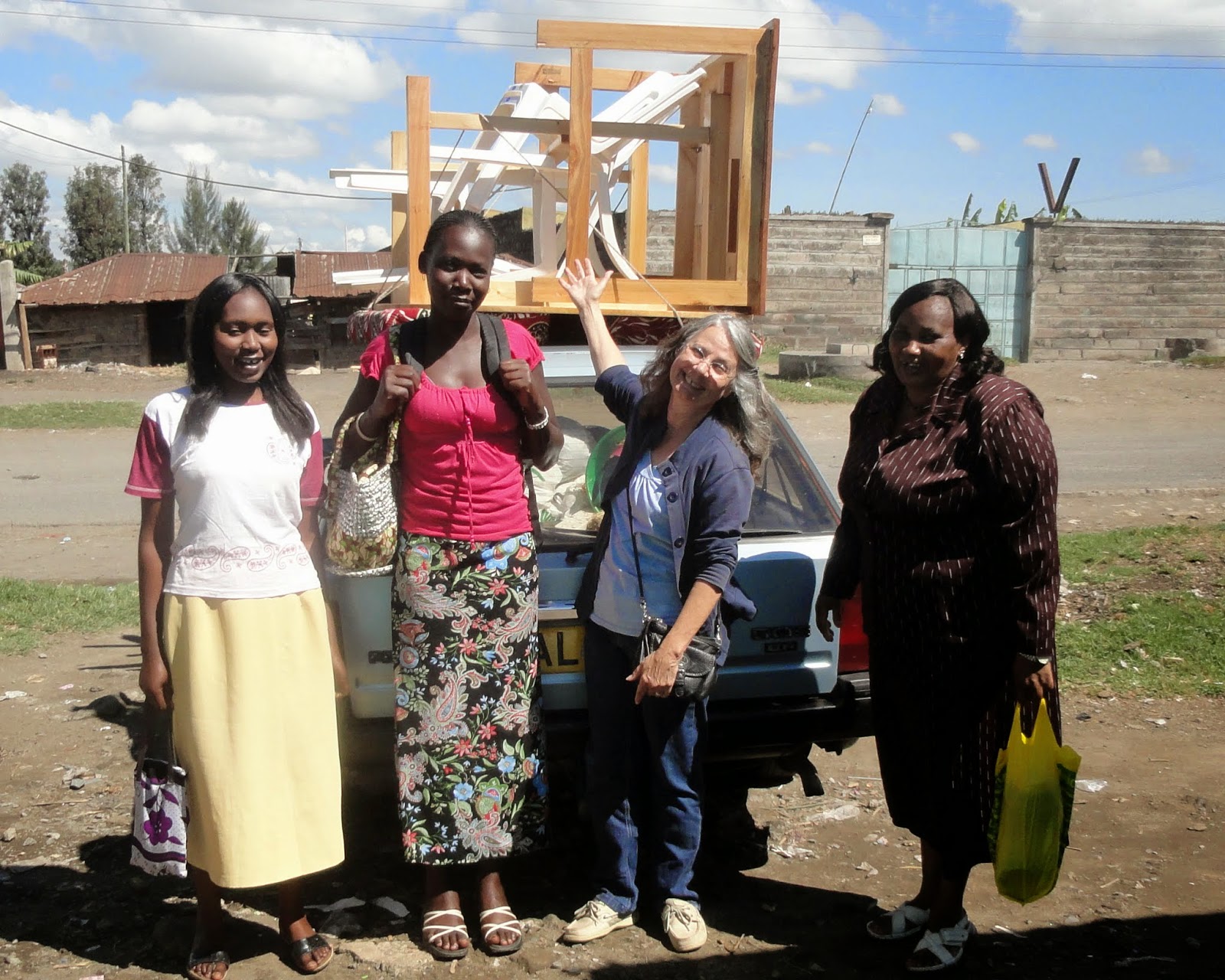 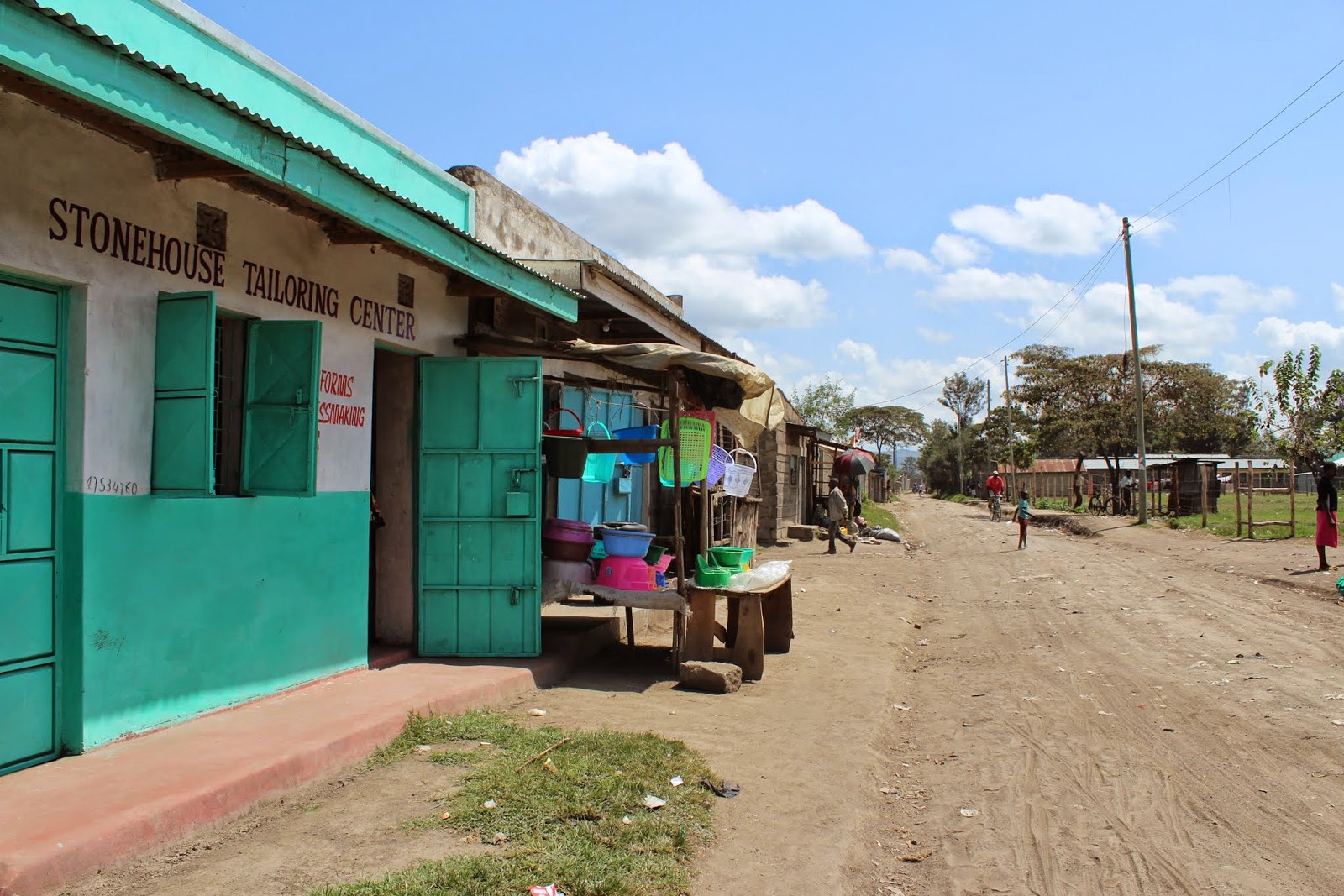 In four weeks StoneHouse Academy will be moving onto that new school site. It won’t be completely ready, but ready enough to begin classes the first week in July. This is due to some wonderful friends who saw our desperation and helped us get ‘over the hill’ with the cost of materials renovating the new location. 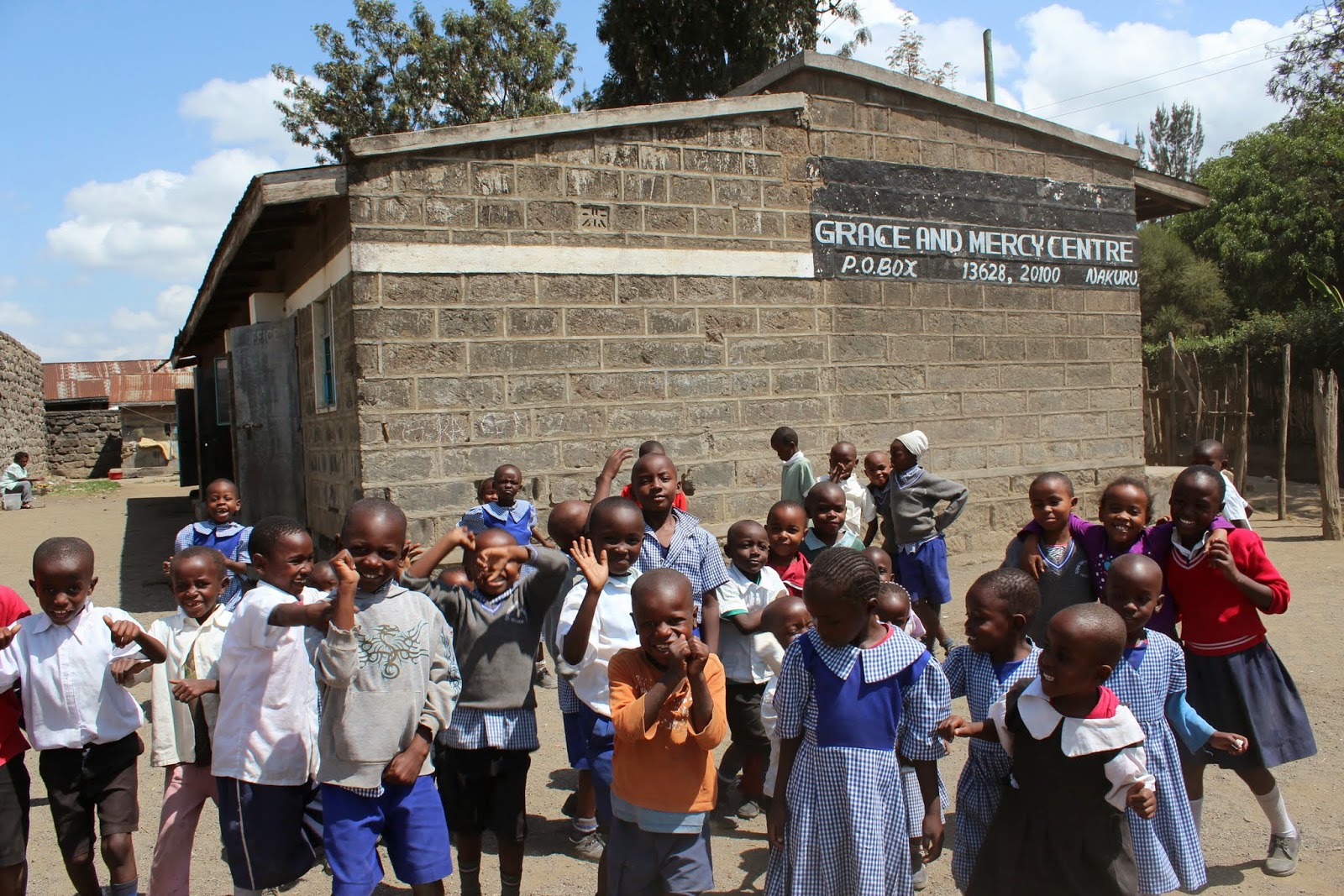 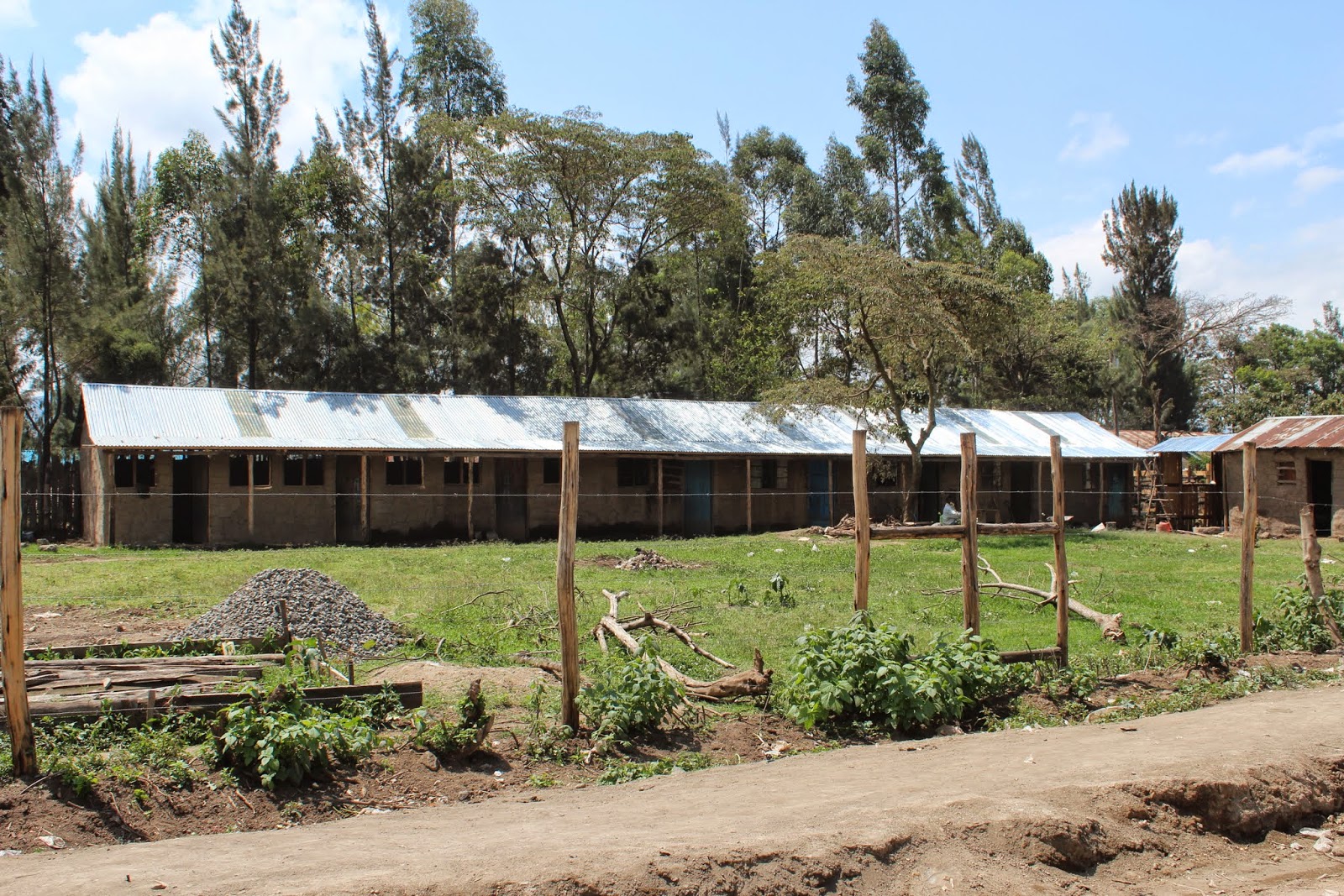 This is also the first term the school was able to completely pay all their bills… themselves! That’s electric, water, rent, teacher’s salaries, food, and school supplies … the whole thing. It was quite an exciting milestone.
We fully expect the school to grow in this new location and so to help that along, we are planning … two other moves.
The first is… as I previously stated, Cynthia and I are moving into an apartment in the Ponda Mali area called … Jerusalem, which is much, much closer to our School, Sewing Center, Church Gathering place and only a few doors down from James and other church members. James's place is where the white van is parked. 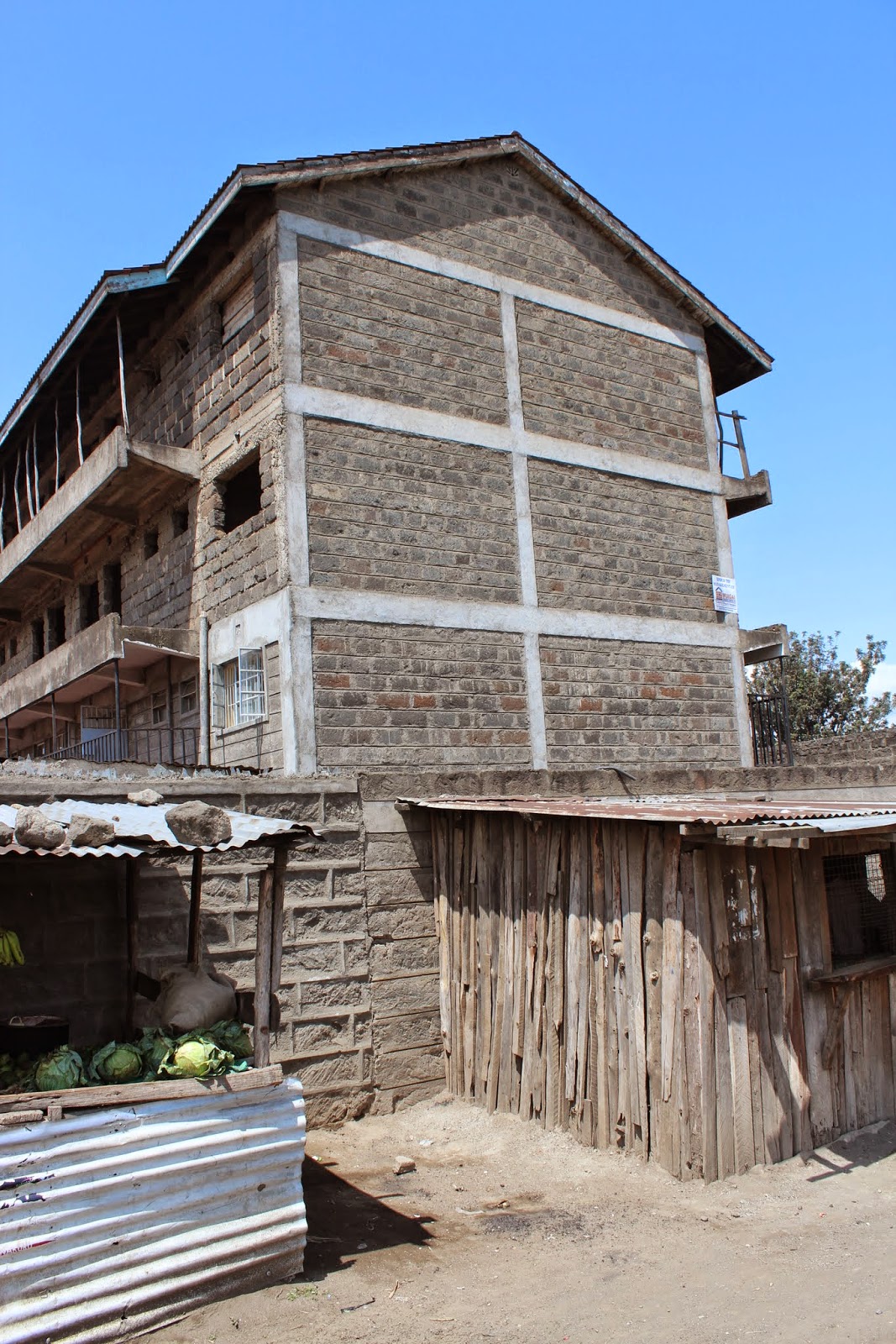 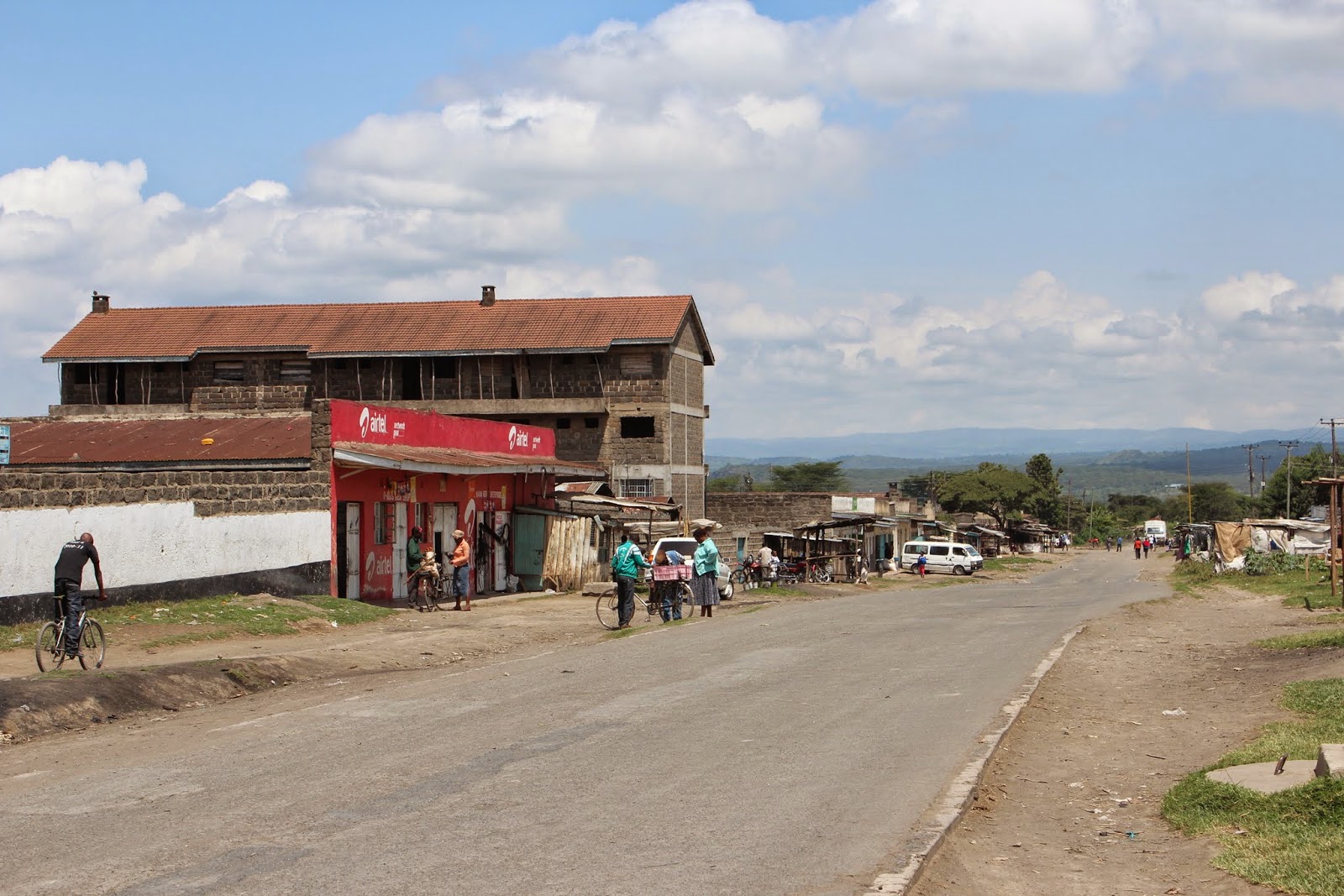 The apartment is located just a block from both the sewing center, the new school plot and is the only apartment building we would feel safe in the entire Ponda Mali area. The four story (only two completed) apartment complex only had one available unit left for rent. Not only is it closer to everything we do and bigger than our current location, its also four thousand five hundred shillings ($50.00 dollars) a month cheaper. So… we took it!

It will save us considerable gas, time and energy. It will allow us and our people to be in each other’s houses more often and facilitate our participation in the StoneHouse Fellowship home groups as well.  We would be within walking distance of everything we’re doing.

Our move to an apartment in Ponda Mali is in preparation for another and bigger move to the ‘StoneHill Community’.  The apartment is about eight minutes from ‘StoneHill’ where we will be working to establish a small community of mainly StoneHouse staff members. But it will eventually include others as well. There are already four families that will spend the next six to nine months building something to live in on the ‘StoneHill’. 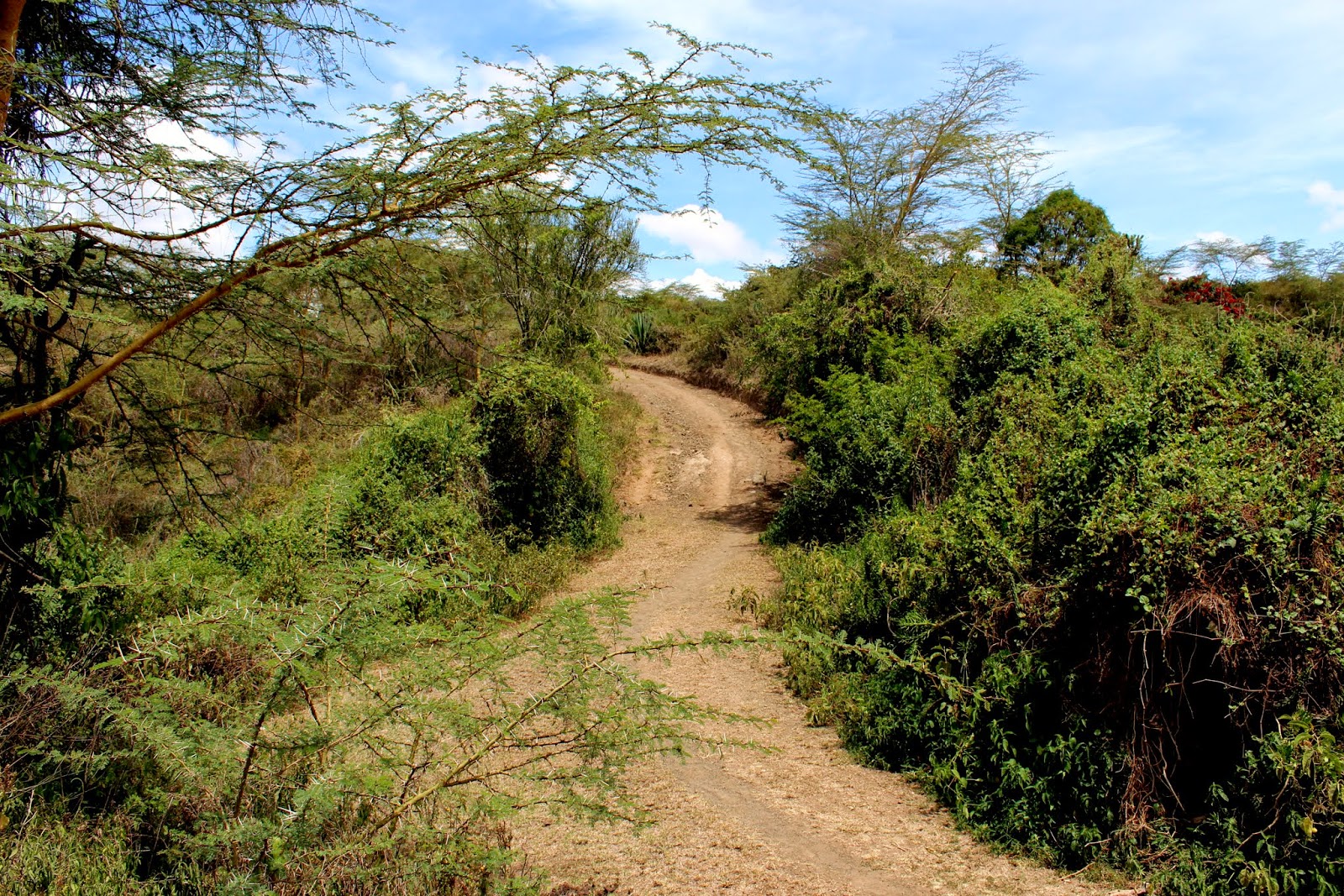 I have only seen one other time when God became so obviously   involved in everything we’re doing and that was the beginning of RCV. People here are watching. The Lord’s providential hand has become obvious not only to us, but everyone around us as well.
The second is… we are considering relocating the StoneHouse Fellowship Nakuru church building onto the same plot we’re preparing for our new school. There is more than enough room and it will eliminate the need to pay rent in two locations. We have a five year lease with an option to buy where the new school is located. Best of all, this move would ‘centralize’ our entire ministry and place us in the middle of the people we’re trying to reach. This is a dream come true. 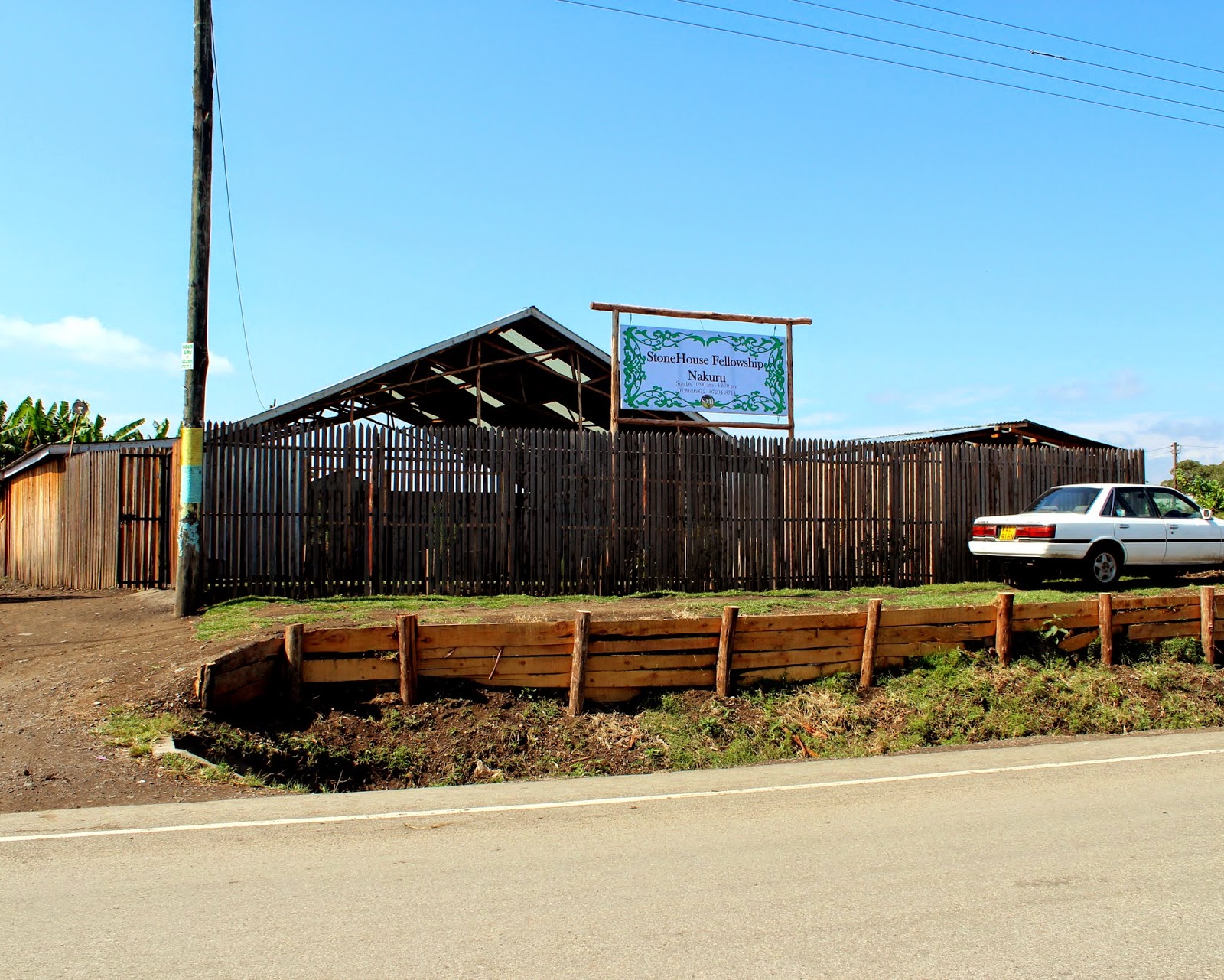 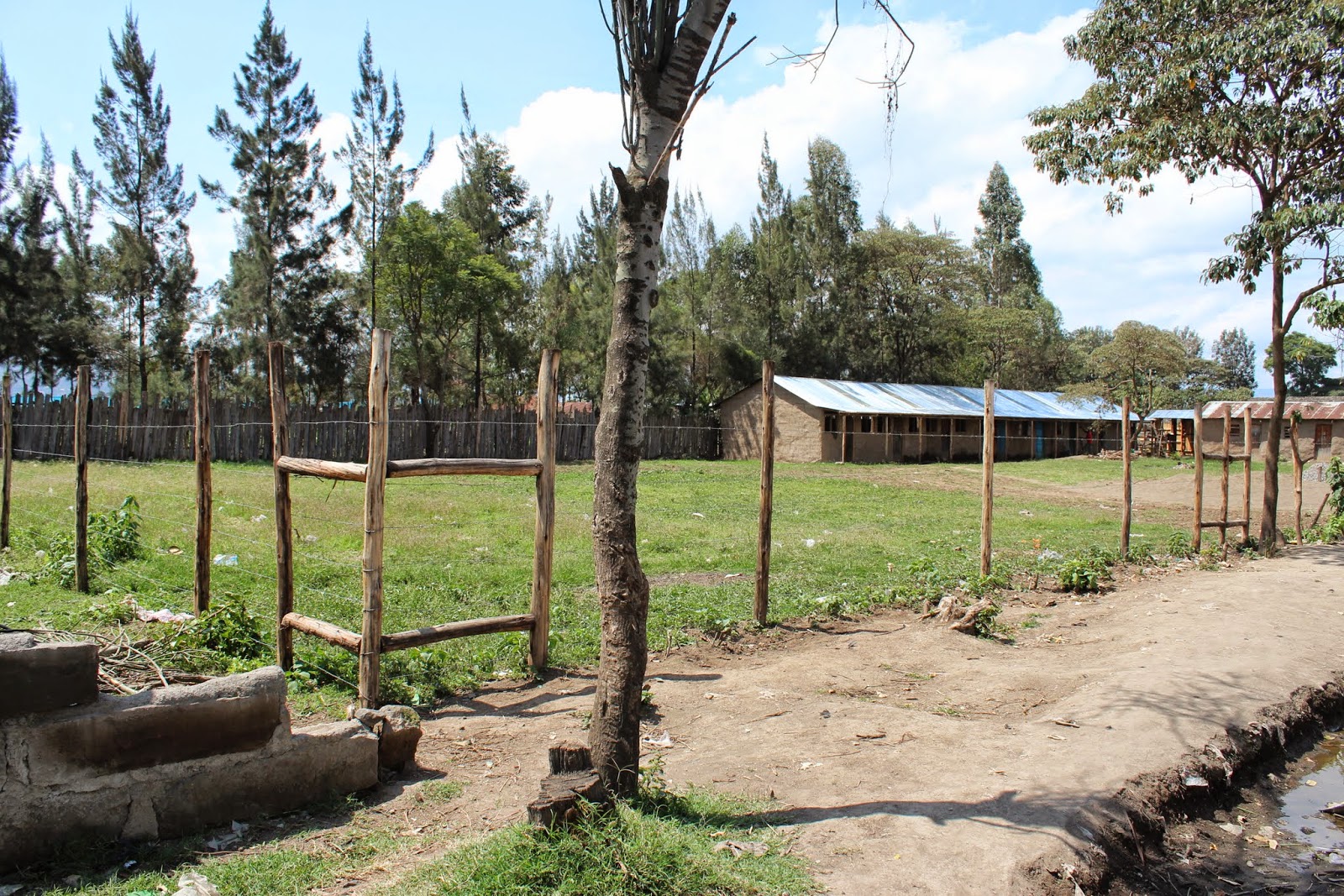 The Church could use the school buildings on Sundays and the School will use the Church building throughout the week. We can also rent out the Church building for conferences, weddings and other community events. As I previously stated the sewing center is just across the street and eventually we could build on the land a bigger place as well. We have already outgrown the current size of the new sewing center. Almost every day there are more and more ladies asking to join.
So please keep praying about these moves, as they would enable us to move forward in beginning more church families and schools in other locations. In addition to the new church in Engasura, there are five other groups ready to begin working with us. One of those is among the Masai, who has offered us a big portion of land to begin a church and school.
The major problem associated with establishing churches here in Kenya is raising up qualified workers to oversee the people. I understand now how some people are able to ‘start’ so many ‘churches’ here. In Kenya it’s not hard to ‘start a church’… just put up a shelter and buy a keyboard and people will come. But having people who are morally and spiritually qualified to nurture and oversee those churches is very, very difficult. This is a major contributing factor in both the corruption and immaturity found in many churches in Kenya.

As a result, we are working through our ASA (African Shepherds Alliance) ministry to find and train men for ministry We have, (excluding our own men at StoneHouse Fellowship Nakuru); three other pastors are now working with us on a weekly basis. Soon, we plan to begin a scriptural study course using a great curriculum given to us by our dear missionary friends in Kitali. Yet, most of their ‘training’ will be ‘on the job’ as they learn to work with us.
As you can see, the potential to advance His Kingdom is growing almost exponentially. Pray for the resources, people, physical strength and stamina we need to continue in all these blessings.


We love and miss each and every one of you … David and Cynthia.
Posted by David Noah Taylor at 10:37 AM 3 comments: