There lives in Rose Creek Village, a wonderful and talented sister by the name of Cheres Pennington. She is wonderful because she is our sister in Christ and also a good friend. She is also very talented being endowed with the gift of creating beauty; a gift that her heavenly Father has given her and that she shares with the whole Village. 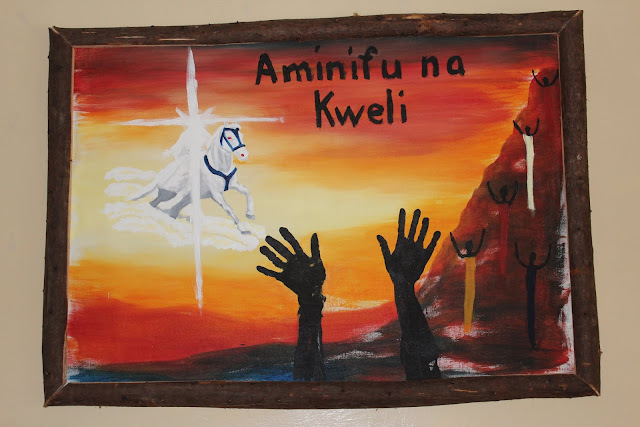 One Sunday morning, while two beautiful Christian songs played at our gathering, she created a beautiful work of art, finishing just as the music stopped. At the end of the second song all of us were completely spellbound and left staring at what had appeared. It was an awesome picture of Africans lifting their hands to the sky as the King of Kings appears on a white horse.

Across the top of the painting was written in Kiswahili…. ‘Aminifu Kweli’ (Faithful and True). Then she said it was a gift to all of us who had been called to Kenya. That picture now hangs in our living room   in Nakuru, Kenya and everyone that sees it, speaks of how much it inspires them. It inspires us as well.

The painting is a constant reminder of who we serve. He has been, now is and ever will be… Faithful and True. Once again He is proving His amazing grace and never ending love. Let me explain. 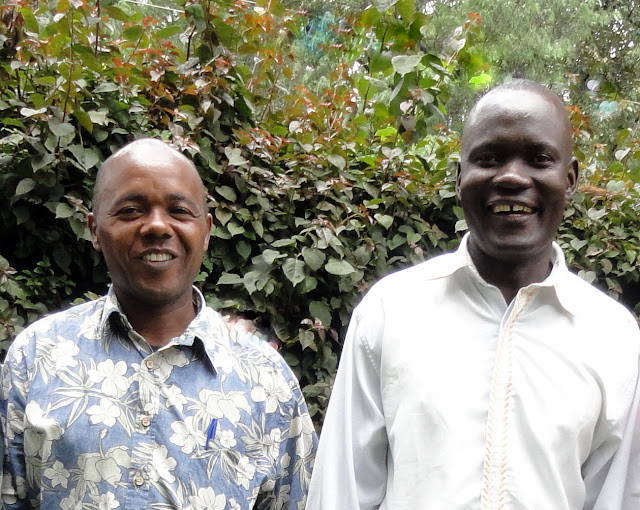 Those who have been following our previous post know that we are gathering a small segment of God’s children here in Nakuru, Kenya to begin a demonstration of what we have seen to be God’s family of disciples. As a result, two wonderful pastors and their families, like Abraham of old, have left all that is familiar in the hope of finding the freedom and power given to all men and women who desire to see His will done on earth as it is in heaven.

Their decision was not easy and remains filled with difficulties and insecurities. Yet they have never wavered… their eyes are on the One who is called…Faith and True… and they trust Him.

One of those difficulties was the religious culture existing in Kenya. If you begin ministry under a superior church officer (like a Bishop) you are not only morally bound to obey him but somewhat legally bound as well. This remains true even if the superior is corrupt or unjust.

There is little if any separation of church and state here in Kenya. The secular government backs up church leaders, many of which end up as politicians. As Americans it is difficult to understand the authority ‘pastors’, ‘bishops’, ‘prophets’ etc. have over the hearts and minds of Kenyan men and women. In America if you don’t agree (or like) the ones over you, you can just leave. Not so here.

James and Thomas being good and godly men know that rebellion in any form is not advantageous to disciples. So both these pastors respectfully wrote to their bishops and requested a full release in order to follow what they felt was God’s leading. This was accompanied by the signatures of all who desired to follow them.

They were all given, not only the release, but blessings as well. One of those bishops is a real man of God. Briefly; I want to describe the encounter we had with this humble, wisdom filled man of God.
When we received word that James’s bishop would be present at our Sunday service I must confess I had some trepidation. When I asked about what he might do, James assured me that He was a real spiritual Father and man of God. This proved to be completely true.

Every Sunday morning I teach the church for a little over an hour. So when Bishop Absalom arrived with four of his elders I was in the middle of teaching on the subject of sin. Our tiny building had over eighty five adults and was jam packed. James met the bishop and his four elders at the door and ushered them to the front row. All who were seated found another place to stand or sit without being asked. I stopped and acknowledged them and then resumed teaching. 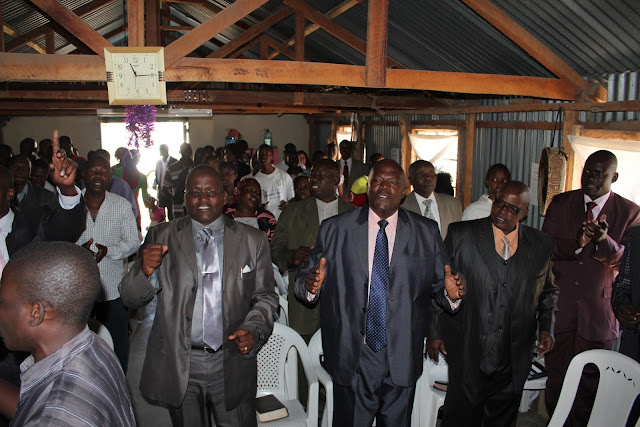 I didn't know the four elders were coming with him. So it became a little unnerving facing five men in suits with very serious looks on their faces while listening to my every word without knowing what their intentions were. 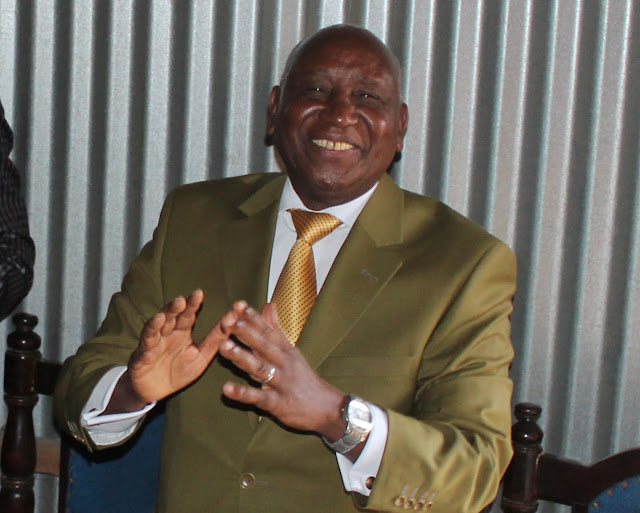 Yet in just a few minutes, to my great relief, a huge smile began to spread across the bishop’s face. Later he would say that after hearing the teaching he was completely at rest with James coming to be with us. When I finished teaching the gathering continued with Bishop Absalom preaching. As I listened I was amazed at the wisdom and grace I heard coming from this man. 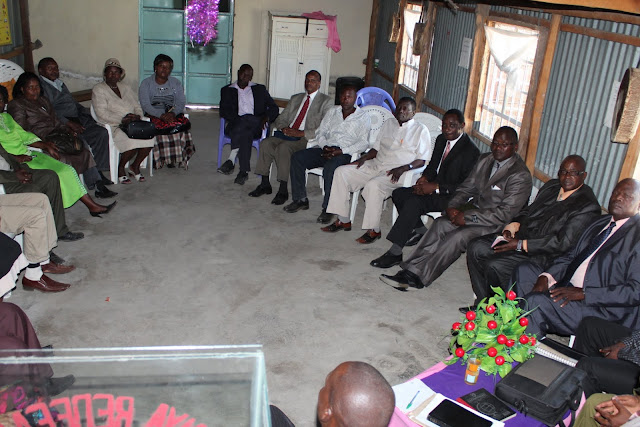 After the meeting was over we gathered all the responsible people together and began the work of sorting out the details of the newly created StoneHouse Fellowship separating, in a godly way, from those who wished to stay with the Kenya Redeemed Church.

When we first came to Kenya Redeemed church three or four months ago there were only fifteen adults and four or five children attending. That Sunday there were over ninety adults and thirty five children attending. Three groups of people had been meeting in that building for those months sharing the building, chairs and small PA system. They now desired to start completely over in a new place to accommodate the new Life that had brought them together. 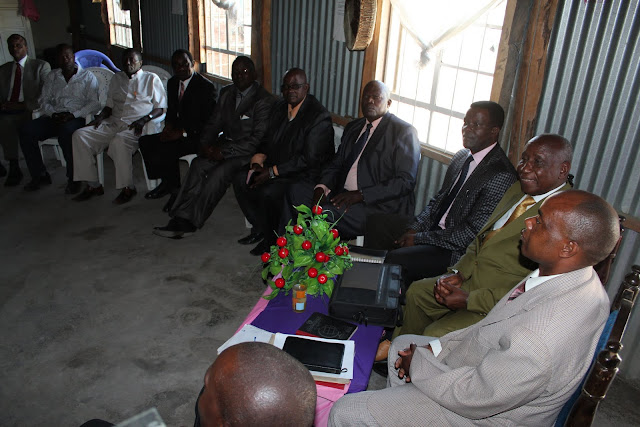 The Bishop smiled and began to speak of how much he loved the teaching then quickly moved to making it clear that James needed to follow this new ministry that God had brought to Kenya. He even stated that all of Kenya needed this kind of teaching and that He would stand with us in forming the new church. I was both shocked and humbled. 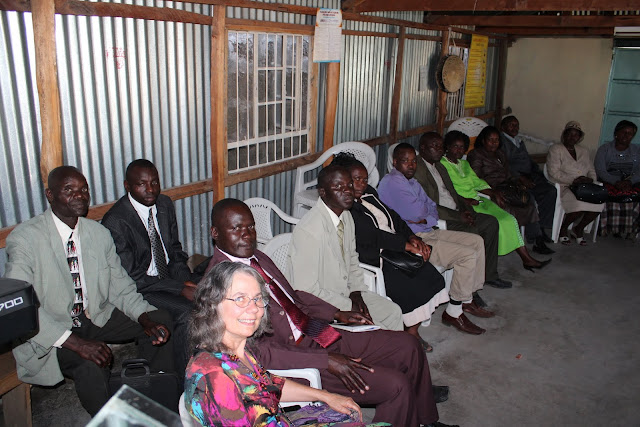 There were a few men present hoping that the Bishop would strongly oppose what we were trying to do. But instead he not only endorsed what we wanted to do he had said he wants us to come and minister to his church in Nairobi. Who is like our God? His name is Faithful and True. 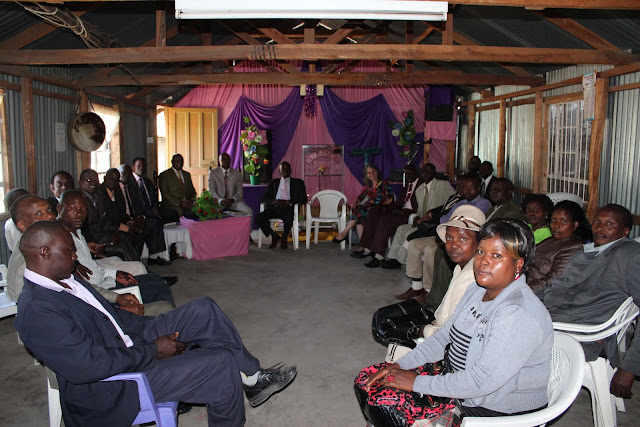 Now we must leave the comforts of having a place to meet and go out seeking our promised land. We face having to find a place to meet and possessing no chairs…. But we are not afraid. He who led us thus far will find us a temporary earthly home. Pray that we are able to quickly find where He wants us to be. Our journey begins next week. We hope all of our readers will follow us on this new journey and come to see why we call the One we serve….Faithful and True.

Posted by David Noah Taylor at 7:59 AM

it has been a long journey really.